Tasting a self-selected WhistlePig Rye Whiskey Comparisons lineup consisting of their Straight 10yr vs. 15yr and Farmstock Rye Crop No. 002 & No. 003

I’ve lived in New England for over five years now and have visited every state in the Northeast except for Vermont. It’s not for lack of desire…I travelled to Vermont when I was fifteen (that was ** mumble, mumble ** years ago), and I’ve wanted to go back ever since. And it’s not because we haven’t travelled about…my husband and I try to have as many “adventures” in New England as possible. It’s just that most of our trips have been day trips, and since Vermont is just that much farther away from Boston, I had thought we couldn’t get there and back in a day. So when we decided to spend the night in Vermont, I was really excited. We hit this baker's highlights of King Arthur Flour in Norwich and Ben & Jerry’s in Waterbury along the way to our cute little B&B, The Inn at Round Barn Farm, in Waitsfield. I was also excited to stop at Vermont's own WhistlePig Rye Whiskey Distillery for a tasting (a highlight for any rye whiskey drinker).

WhistlePig Rye Whiskey, started with the help of the late Master Distiller Dave Pickerell, based their products on a stock of found 10-year-old blended Canadian Whiskey. Since then their lineup has grown from that initial 10yr Straight Rye Whiskey by experimenting with different cask finishes and blends. Now WhistlePig is moving towards their 100% “Triple Terroir” philosophy, i.e. whiskey distilled from locally grown grain, proofed with water from the farm, and aged in casks made from their Estate-grown Vermont White Oak. Called their Farmstock Rye Crop, the plan is to continually increase the percentage of their homemade whiskey in the expressions and reduce the need for other outside blends.

Unfortunately, the distillery itself isn’t open to the public, but there is a lovely tasting room in Waterbury (just down the road from Ben & Jerry’s) with free tastings where you can choose four samples from the six they had on offer (there was a small charge for a sample of their premium whiskeys). I decided on a comparison lineup showing the difference in Straight Rye Whiskey's aging and the difference in the Farmstock's blends. Josh Thomas, our guide in the tasting room, gave a wealth of information about each pour, and the room was comfortable and nicely appointed with WhistlePig products. 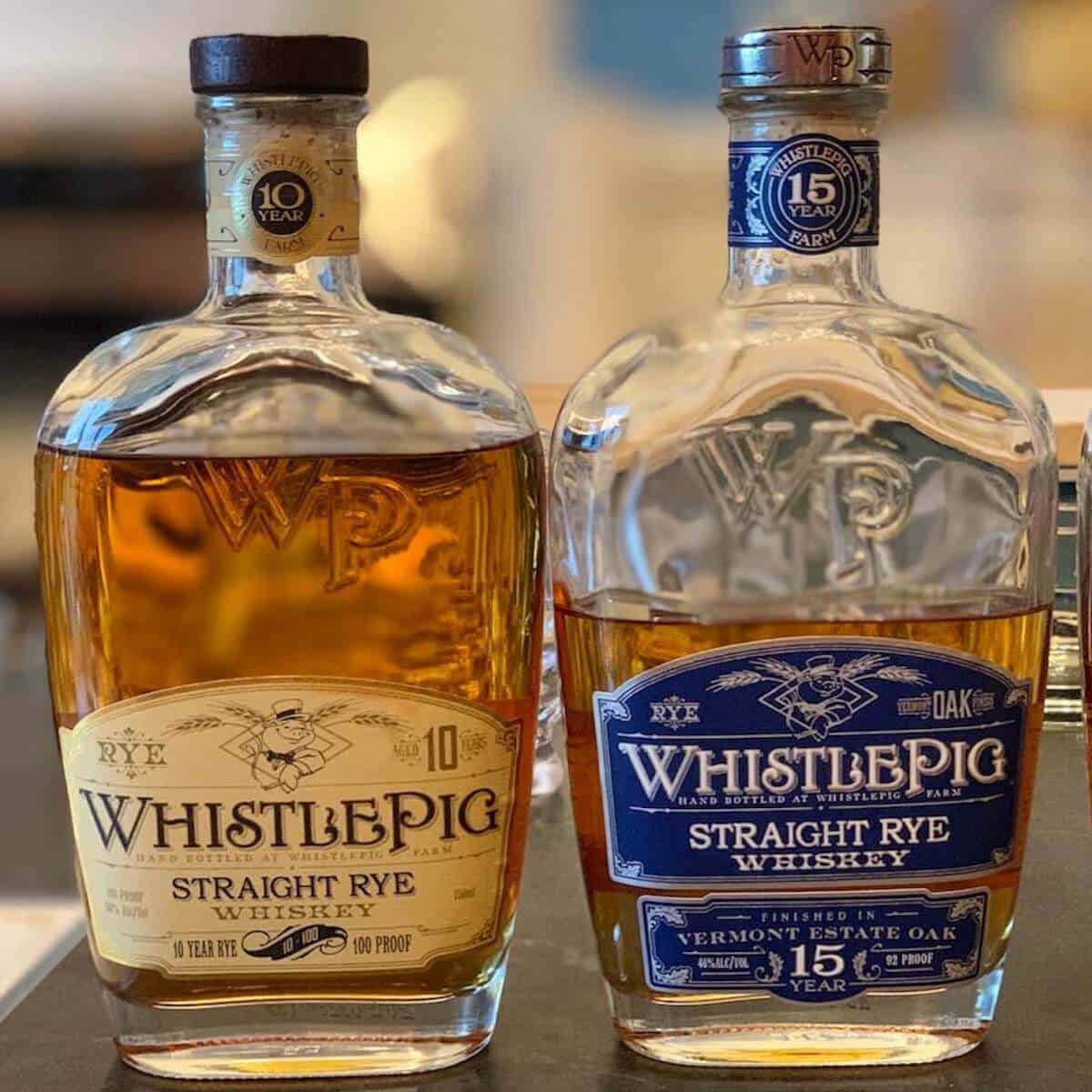 43%ABV, majorityof the blend (51%) is from the Triple Terroir whiskey
Type: American 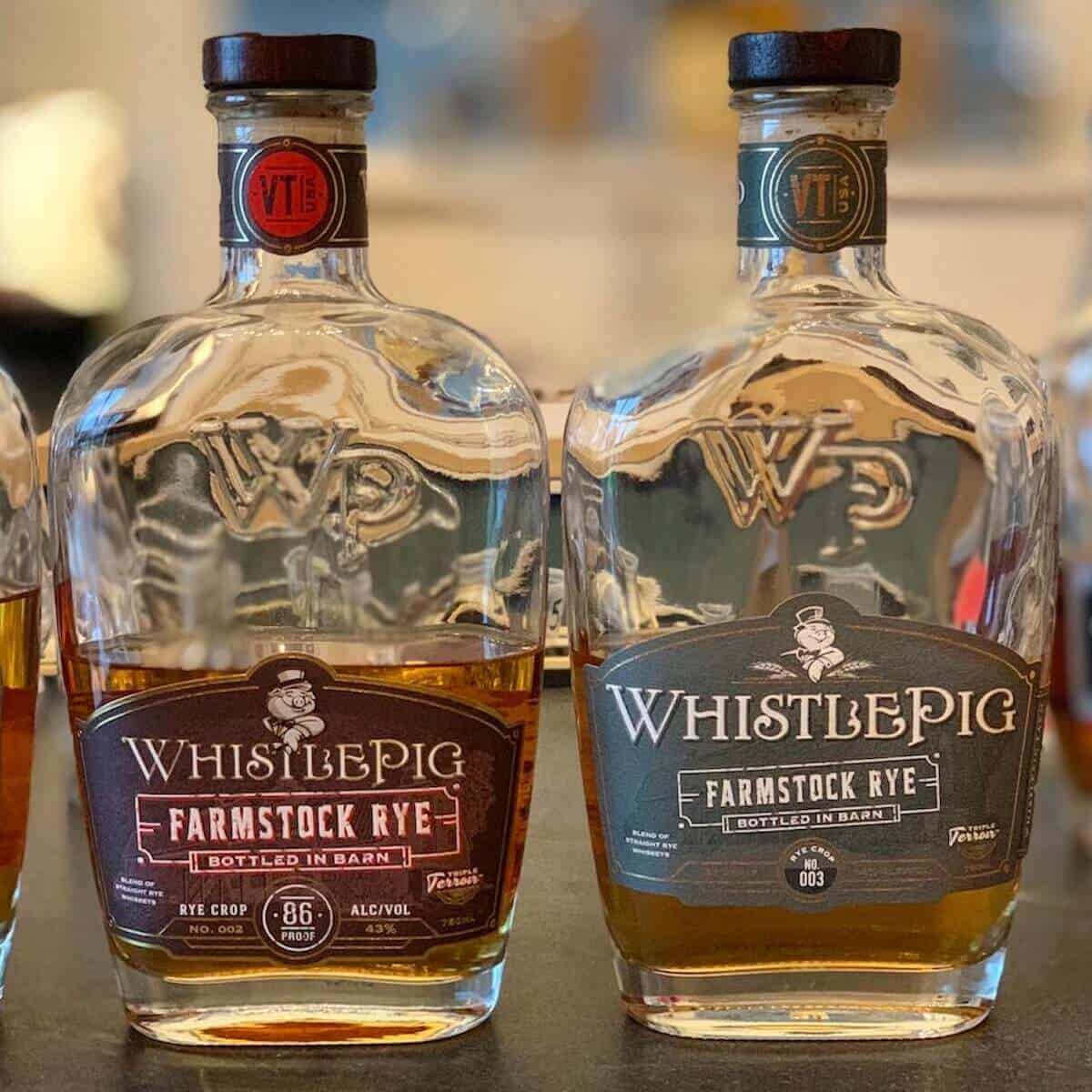 WhistlePig Rye Whiskey continues to impress me every time I try it…from the original WhistlePig 10 yr to Gordon’s WhistlePig Single Barrel Rye Select 10 yr. Being able to select my own WhistlePig Rye Whiskey comparisons, in its home state, added to the fun this trip held for me (to my final New England state, no less). Hopefully the next time I make it up to Vermont, the distillery itself will be ready for touring. After all…Vermont is calling!